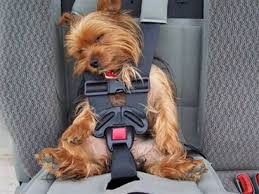 Many pets, especially our dogs, love to go for car rides.  Whether it’s a quick trip to the local market or even a cross country excursion, hearing their owners say “go for a ride” or “go bye-bye” will set many dogs’ tails wagging.

Unfortunately, this favored activity can turn deadly when warmer temperatures arrive and when owners misjudge the amount of time they will be away from the car.  Each year, dozens, if not hundreds, of stories of dogs dying in hot cars are reported by local media.

When confronted with the fact that their pet’s death was likely preventable, most owners will respond with statements like “I didn’t think I would be gone that long” or that they “didn’t know it was THAT warm outside”.   When looking at the facts, the reality of just how quickly the inside of a car can heat up, even in mild temperatures, can produce some startling revelations for pet lovers.

It’s probably common sense to most people that hotter days cause the inside of a car to heat up faster, but few people realize that even with outside temperatures as low as 65 or 70 degrees Fahrenheit, the inside of the vehicle will warm uncomfortably in just 30 minutes.  In fact, on a 75 degree day, your car’s interior will be at 100 degrees in just about 10 minutes and a blistering 120 degrees in a half hour!  Despite urban myths, cracking the windows has little effect on the rate of heating inside the car.

An excellent demonstration of the effect a warm day can have on the interior of a car can be found in this video:  http://www.youtube.com/watch?v=JbOcCQ-y3OY.

But, it’s not just the heat of the day that is an issue.  Your pet’s overall health status and behavior can also contribute to how quickly he will overheat in the car.  Veterinarians across the country have posted stories online about cases in which dogs have died when left in cars on days where the temperature never exceeded 60 degrees.  Short faced breeds, like Pugs and Bulldogs, as well as obese pets, heavy coated breeds and senior animals will have less tolerance for extreme temperatures.  In addition, excitable animals and those with separation anxiety issues may work themselves into frenzy, raising their body temperature to dangerous levels.

When in doubt, it’s probably best to leave your pet at home.  It’s far too easy for a quick trip to become complicated and take more time than you intended.

Across the Internet, many well-intentioned people and groups will post pictures and posters that highlight the dangers of leaving pets in cars and education is a great thing.  Sadly, though, the discussions on these sites about what individuals will do if they find a pet locked in a car can often turn into dangerous arenas of mis-information.  People will recommend breaking into cars to save the dogs or even taking the pets away from the owner. 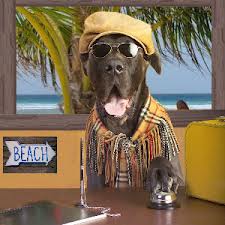 Currently, 14 states specifically have laws that prohibit leaving animals “unattended and confined” in a motor vehicle when physical injury or death is likely to result.  While that is a great thing, it does NOT give ordinary citizens the right to smash windshields or take the pet from the car.  Most of these states have included rescue provisions that empower police, peace officers, fire and rescue workers or animal control officers to use reasonable force to remove an animal in distress.

So, what should you, as an animal lover and Good Samaritan do if you come across a pet confined in a car?

First, if you are in a store parking lot, consider contacting the management of the store or even security.  It may be possible to page the pet’s owner and have them return to the vehicle.

Next, call 911 and try to get the local authorities involved.  This action will help lessen your liability if the pet is injured during the rescue attempt or happens to escape.  Allow the police or legally designated person open the vehicle.

Finally, realize that not every animal in a car is actually in distress.  As mentioned above, some pets may appear frantic, but others will lie quietly while waiting for their owners.  It’s important to stay calm and not over-react – in some cases, the pet is not in danger!